On August 2, 2018 the new UHF antenna was installed along with an APRS antenna. Here are some pictures of that install. 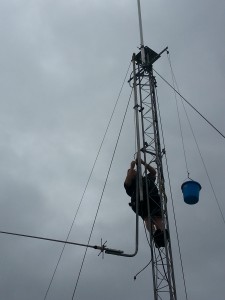 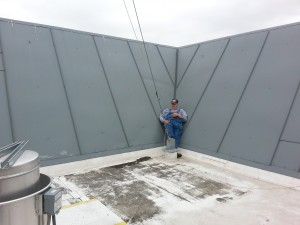 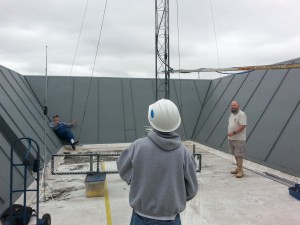 Randy (AJ7B) pulling on the line lowering the old UHF antenna system while Rogert (KF7WVT – back to camera) and Jim (W7ETE) help guide the assembly down. 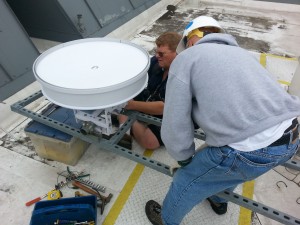 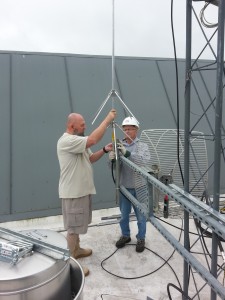 On April 9, 2018, a new VHF antenna was installed to replace one that had become waterlogged. Here are some pictures of the people installing the new antenna. 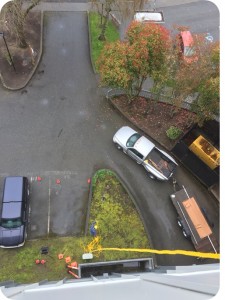 VHF and UHF Antenna on trailer while preparing ropes to lift them to Bakerview Apts roof. 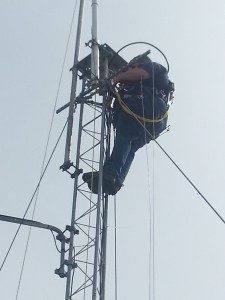 Rob (NR3O) on the tower attaching the new VHF antenna. 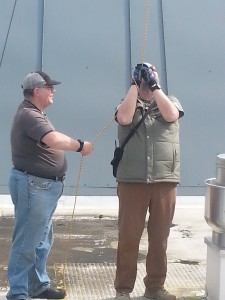 Ron (KC6FJO) and Jim (W7ETE) hauling up the VHF antenna. 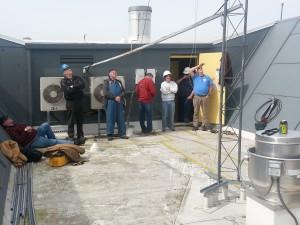 Peanut Gallery with lots of advice!