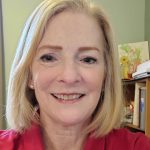 When my husband, Michael, got his tech license I told him, “I want to get my license too.” He was befuddled. “What license?” he asked me. That was back in early 2014. I got a book from the library and found it rather dry and uninteresting. Michael said he would write some notes for me.

It is now early 2022 – my oh my, has ham radio become a big part of my life. My husband quit his full-time job to write books on various aspects of amateur radio including how to study and obtain your Technician, General, and Extra ham radio license. I proof and edit both print and audio versions of his books, take care of the accounts, and arrange all the details involved in running a booth at various ham radio conventions around the country. My other job is being a guest teacher for a local school district.

One very important and enriching component of our life is the Snohomish County Hams Club. I am so thankful for our club members who have helped me learn to love ham radio. In the process, dear friends have taught me how to run net control for the YL Net on Thursday evenings at 7pm and the SCHC Sunday Evening Net every fourth Sunday or so. When I started getting on the radio, I was terribly mike shy but so many people encouraged me to face my fears reminding me that this is “amateur radio.” It’s okay to make mistakes.

With that in mind, after being nominated, I decided to run for president of our club. Here we are in 2022, and I’m excited and joyful at the thought of what our club will accomplish in the coming year.  We have some big hurdles, dealing with a pandemic that seems unending and getting back into having in-person/hybrid club meetings, teaching licensing classes, offering in-person/hybrid testing the various license levels, and rejuvenating our events such as 7QP and Field Day.

As your club president, I am looking forward to accomplishing these goals with you, our membership. Thank you for being a part of the club. I appreciate you and I want to hear your thoughts on the coming year and what you would like to see for the future. 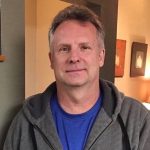 I have been a licensed amateur since Aug or 2018.

I am an Extra Class VE with both ARRL and GLAARG.  Right after high school, I joined the US Marines and retired in Sept of 2001.

I have enjoyed my time working with the members of the SCHC and learning new things from each of you, looking forward to the future and all the great events to come. 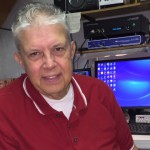 I have been a licensed amateur radio operator since 1964. Initially licensed as WN7BCS as a novice. About a year later, upgraded to conditional and changed the call sign to WA7BCS. Went into the Navy at that point to learn more about electronics. Navy Electronics school back then was a pretty good way to advance in the electronic field and a good way avoid being drafted into the Army. While serving at NAS Lemoore, I upgraded to Advanced and got a new call: WB6RYG. Got out of the Navy and moved up here to get out of the 100 degree or more summers. Took the Extra exam and earned the call I now have: AJ7B.

I joined the Snohomish County Hams club to help keep the hobby alive. I like to get on the air (nets mostly) and enjoy teaching newbies about the hobby. In addition to being on the board, I am also the Treasurer and the VE Coordinator for the club. I have been a member of the club since 2013 and still enjoy participating on club events. 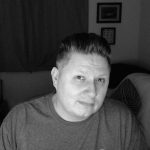 I have had an interest in HAM Radio since the late 1970’s when a friend in my scout troop Scott – N9FRY would tell me about Ham and CB Radio and it caught my attention .

In 2016 my longtime buddy Paul – KN6PH  gave me a Yaesu VX-2 radio as a gift and told me to study for my tech license and man was I ever excited to hit that transmit button for the first time!

I also spent 10 years in the Army and a Gulf War Vet with tours in Germany, Korea, Louisiana, Washington  State.

As for my time here in SCHC I have been fortunate to have spent time with several members / elmers in the club and cherish their knowledge, camaraderie and friendship.

I am proud to be a member of the board and the SCHC club and it is my hope that members share their interests with the board on educational programs and other areas of interest in amateur radio. 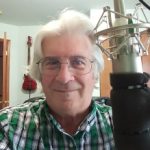 Michael Burnette started playing with radios at the age of 8 when he found plans for a “foxhole” crystal radio set in a comic book. With the cardboard from a roll of tp for a coil form and a rusty razor blade for a crystal, it actually worked. “Worked” when Dad carted him into town to park about a block from a radio station, anyway.

He spent about 25 years in commercial broadcasting where he was, at some point, everything from the all-night DJ in Tulare, CA to a VP of Westinghouse Broadcasting, which later because CBS/Infinity.

Today he is the author of a popular line of ham radio license education programs; The Fast Track series of books, e-books, and paperbacks. He has made presentations at many major hamfests.

He is still playing with radios. 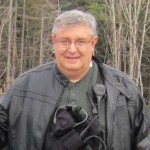 My interest in radio started at a very young age as I learned about radio communication from my father who was a radio operator during WWII. I became a licensed amateur radio  operator in 1998 after taking a CERT class that lead into a Tech Class offered by the Snohomish County Hams club. I really enjoy ham radio and find myself continuing to expand my interest in it. I started with just talking to friends on the local repeater and over the last few years have ventured into HF and making distant contacts.

Over the years I have learned much from my fellow club members and I have really enjoyed myself through taking a more active part in the club activities. After attending many 7QP’s and Field Days this year I volunteered to  be the coordinator for both events and really had a good time doing so. I hope to be able to share what I have learned by participating in the club leadership and encouraging club members to join in participating in club events.